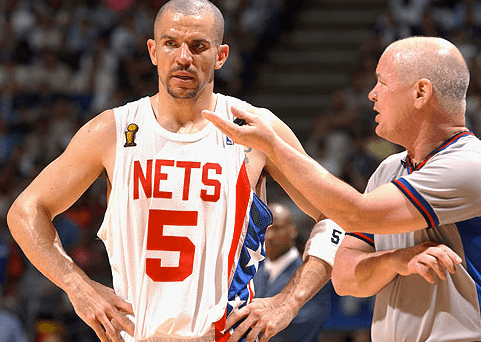 With the move official, the team was renamed the New Jersey Nets after its new home state. While the team awaited the completion of a new arena at the Meadowlands Sports Complex in East Rutherford, they played four seasons at the Rutgers Athletic Center at Rutgers University in Piscataway. The 1978 – 1979 season saw the team, aided by the strong play of Bernard King, qualify for its first NBA playoff appearance. They fell to Philadelphia 2–0 in the first round, with the loss setting the stage for a period of rebuilding in the coming decade.