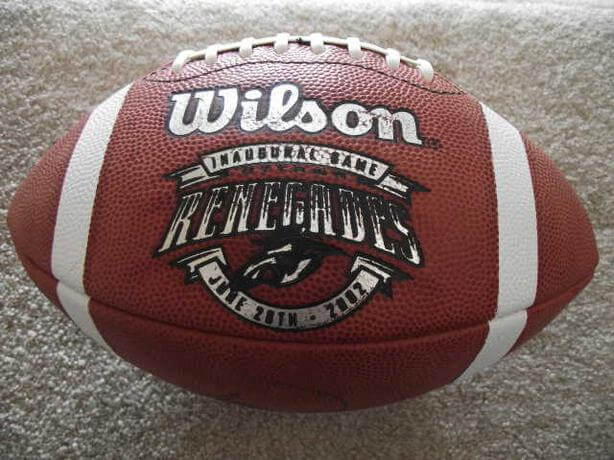 The Ottawa Renegades returned Canadian Football League action to Canada’s capital in 2002. Ottawa had been without a team since 1996, when the Ottawa Rough Riders folded. The logo chosen draws similarities to the logo used by the Rough Riders for much of their existence up until 1992. The Renegades played four seasons and never qualified for the playoffs.