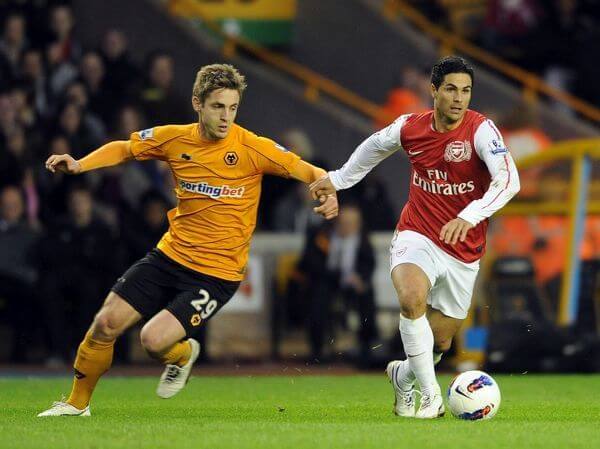 The 2008–09 season saw the club’s strongest start since 1949–50, as an opening day draw preceded a run of seven consecutive wins. Fired by the goals of Ebanks-Blake and new signing Chris Iwelumo, the club hit the top of the table for the first time in years by the end of August and never left the automatic promotion spots after. The second run of seven consecutive wins tightened their grip on the lead by Christmas.

Despite a dismal start to 2009, the equally faltering form of their rivals allowed Wolves to retain the top spot. March saw a return to form with 13 points from a possible 15, strengthening their position at the top of the table that they had led since October. Promotion to the Premier League was finally confirmed on 18 April 2009 with a 1–0 win over Queens Park Rangers. The following week, Wolves clinched their first divisional title since the 1988–89 season.