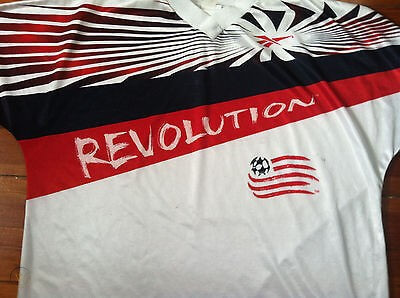 The inaugural Revolution team featured several U.S. Men’s National Team regulars returning from abroad to be part of the new league. Despite the presence of Alexi Lalas, Mike Burns, and Joe-Max Moore, however, the team was one of only two that failed to make the playoffs of the then 10 team league. The following season, the squad made the playoffs but failed to advance past the first round. For the next five years, this playoff result would be the Revs’ best (which they matched in the 2000 season), like a revolving door of players and head coaches failed to make much of an impact on the fledgling league.

Attendance in these early years was high despite the team’s poor on-field performances. More than 15,000 people per match regularly came to watch the Revolution play in the old Foxboro Stadium.