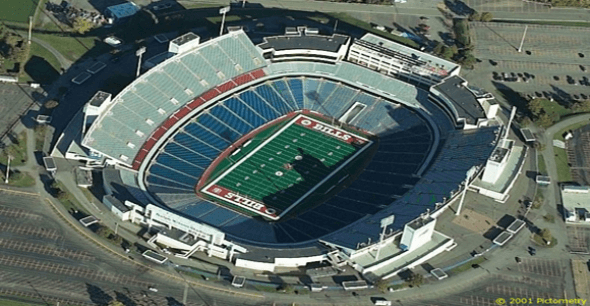 War Memorial Stadium was in severe need of replacement, being in poor condition and too small to meet the NFL’s post-1969 requirement that all stadiums seat at least 50,000. Construction began on a new stadium in the suburbs after Ralph Wilson threatened to move the team to another city; at one point after the 1970 season Wilson was “prepared to move the team” to Husky Stadium in Seattle and was also fielding offers from Tampa and Memphis. Western New York leaders acquiesced to Wilson’s demands and built a new open-air facility that featured a capacity of over 80,000 (at Wilson’s request) and, unlike other stadiums, was built into the ground. Rich Stadium opened in 1973 and continues to house the Bills today.