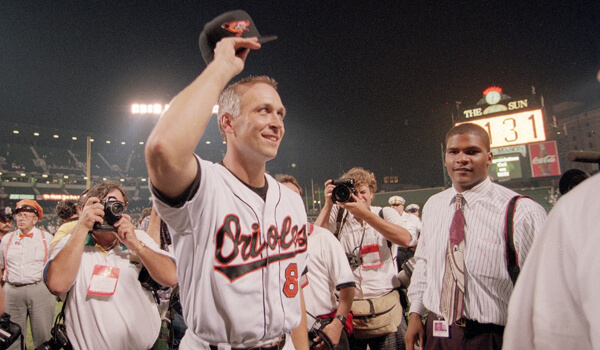 The Ripken countdown resumed once the season began. Ripken finally broke Lou Gehrig’s consecutive games streak of 2,130 games in a nationally televised game on September 6. This was later voted the all-time baseball moment of the 20th century by fans from around the country in 1999. Ripken finished his streak with 2,632 straight games, finally sitting on September 20, 1998, the Orioles final home game of the season against the Yankees at Camden Yards.