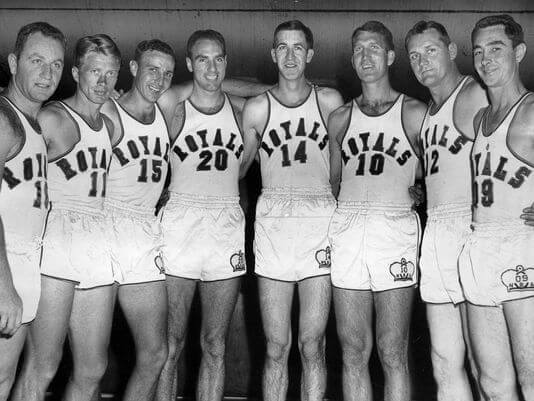 The Royals defected to the NBL’s rival, the Basketball Association of America, in 1948. In 1949, as a result of that year’s absorption of the NBL by the BAA, the Royals became members of the newly formed NBA along with the Fort Wayne Pistons, Minneapolis Lakers, and Indianapolis (Kautskys) Jets. A year later, the BAA absorbed the remaining NBL teams to become the National Basketball Association.