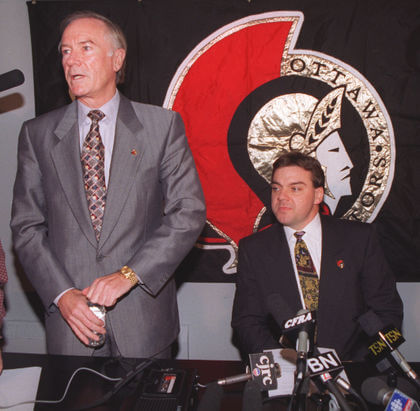 In 1992, Rod Bryden became CEO of Terrace Corporation, the principal owner of the new Ottawa Senators NHL franchise. In 1993, he became the franchise’s Chairman and Governor. In 1994, construction on the Palladium arena (later the Corel Centre and Scotiabank Place, Now the Canadian Tire Centre) was begun by the Palladium Corporation, of which Bryden was the owner and chairman. The arena opened in 1996.