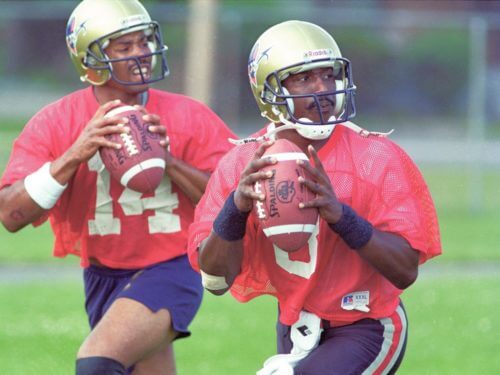 Following the 1996 season, years of poor ownership and mismanagement took a toll on the Rough Riders franchise that ultimately led to its folding after a storied 120 years. After the Rough Riders folded, the CFL moved its easternmost-West Division team, the Winnipeg Blue Bombers, back to the East Division for a second time to take Ottawa’s place and to balance out the divisions (they played in the East from 1987 – 1994, and the Bombers would stay in the East Division from 1997–2001; it would return there upon the folding of the Renegades from 2006 – 2013).