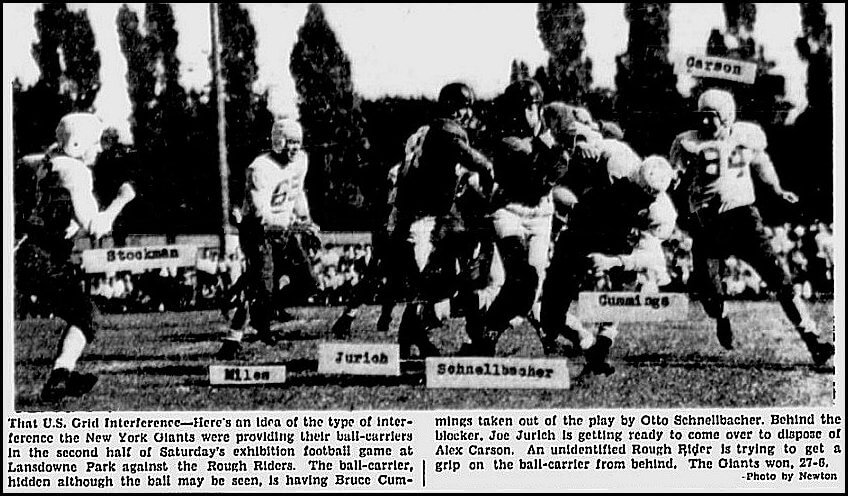 The Rough Riders were pioneers in international play in the 1950s. In 1950 and 1951, Ottawa hosted the New York Giants in exhibition games;[7] the Giants won both times, and NFL-CFL matches would not be attempted again until 1959. In the first season of the CFL, the Ottawa Rough Riders and the Hamilton Tiger-Cats made history when they played the first regular season CFL game at Philadelphia’s Franklin Field on August 23, 1958. This was the only time that two Canadian football teams would play a regular-season game on American soil. Hamilton defeated Ottawa, 13–7. (The Toronto Argonauts played the Hamilton Tiger-Cats in Buffalo in 1951, the Argonauts would later face the Calgary Stampeders in another exhibition game in Portland, Oregon in 1992, and several CFL games with at least one Canadian team occurred in the United States during the CFL USA era of the early/mid 1990s.)