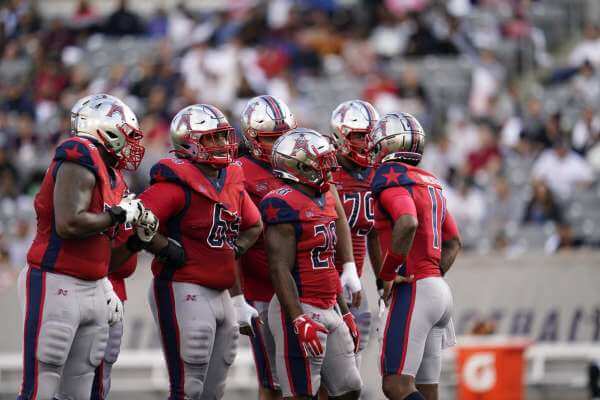 Houston has previously hosted several other alternative professional football teams, including the Texans of the World Football League (unrelated to the current NFL team of the same name), Gamblers of the United States Football League, and Thunderbears of the Arena Football League. The city has a long association with commissioner Oliver Luck, who played for the Houston Oilers in the National Football League and previously served as president of Major League Soccer’s Houston Dynamo; Houston was one of the first cities the league visited in September 2018 in regard to a potential XFL team. The team’s imagery and name borrows heavily from the Oilers, including sharing an oil-drilling motif, its derrick logo, and red, white and blue colors (with a darker shade of blue), as well as incorporating the H and star from the Houston Astros’ logo and the proportions of the American Athletic Conference A-star logo (the Houston Cougars football team, an American member, shares TDECU Stadium with the Roughnecks, and thus this would allow the A logo painted on the turf to be transformed into the Roughnecks derrick).