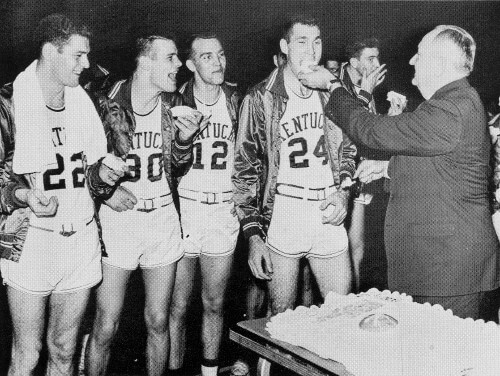 Early into the season, it was obvious that the “Fiddlin’ Five” were not like Rupp’s teams earlier in the decade. They played around and made mistakes, which Rupp described as fiddling. In fact, the Fiddlin’ Five still has the most losses out of any Kentucky’s championships, with six, three of those were in four games. Unlike the Fab Five or the 1951 teams, the Fiddling Five would yoyo in the rankings with their lowest a No. 13 coming after 56–57 loss to unranked Loyola Chicago. Kentucky would catch fire through the tournament though and would win their fourth title over No. 18 Seattle in the confines of Louisville’s Freedom Hall.