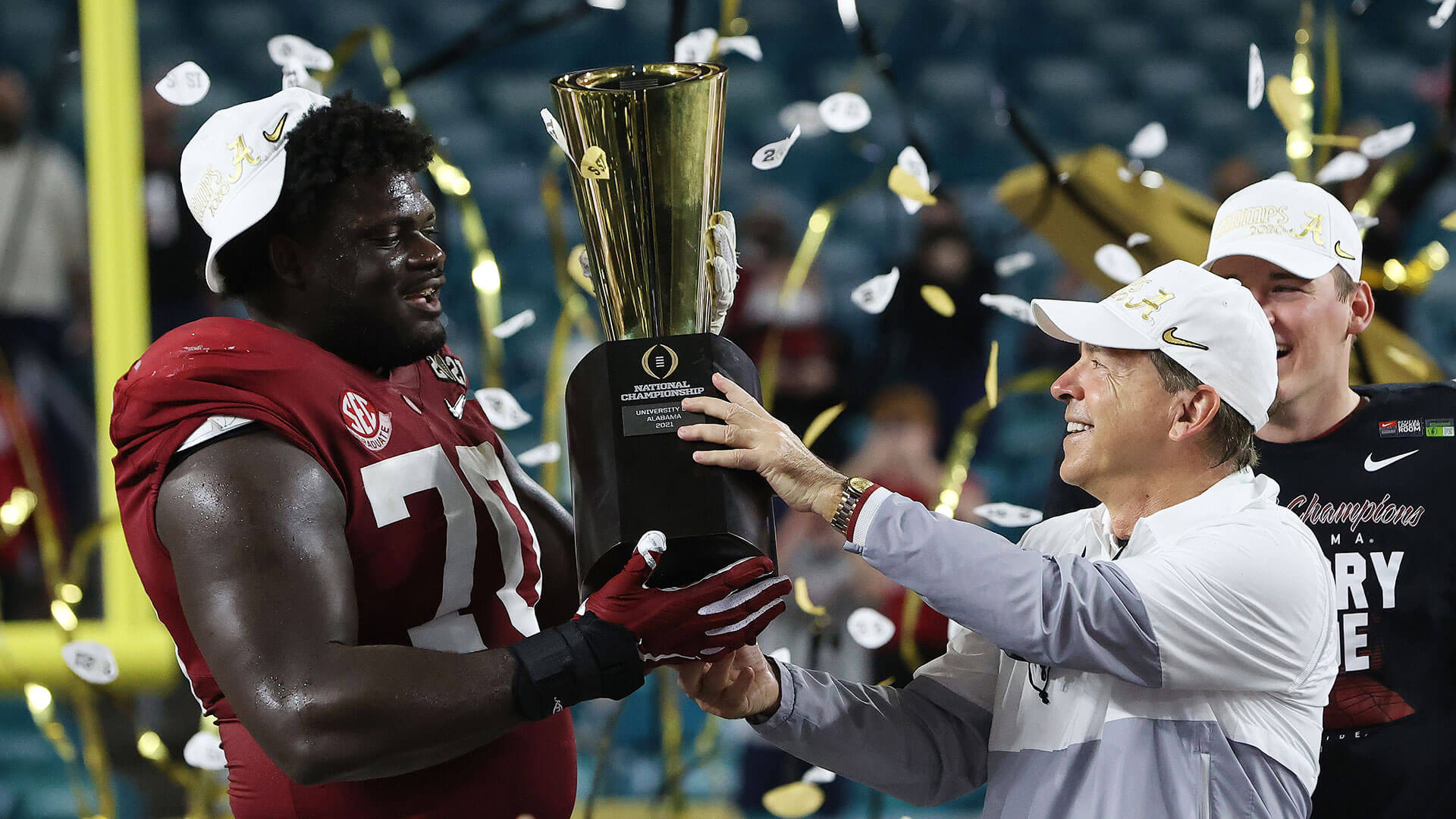 The 2021 College Football Playoff National Championship was a college football bowl game played to determine a national champion in the National Collegiate Athletic Association’s Division I Football Bowl Subdivision (FBS) for the 2020 season. It was played at Hard Rock Stadium in Miami Gardens, Florida, on January 11, 2021, with kickoff at 8:15 p.m. EST and television coverage by ESPN. Aside from the all-star games scheduled to follow, it was the culminating game of the 2020–21 bowl season.

The championship featured the top-seeded Alabama Crimson Tide from the Southeastern Conference defeating the third-seed Ohio State Buckeyes from the Big Ten Conference, 52–24. The win gave Alabama head coach Nick Saban his seventh national championship, breaking the record for the most by a Division I college football coach. The record was previously held by Bear Bryant, who won six titles while at Alabama from 1958 to 1982.