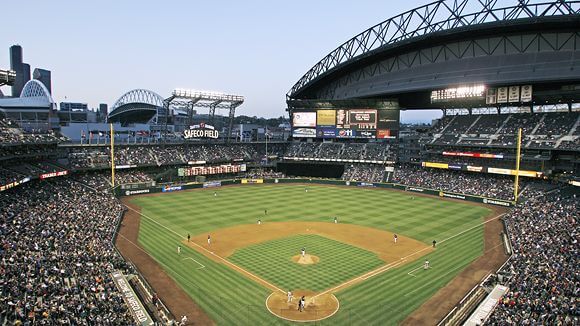 Safeco Field (sometimes referred to as Safeco or The Safe) is a retractable roof baseball stadium located in Seattle, Washington. The stadium, owned and operated by the Washington-King County Stadium Authority, is the home stadium of the Seattle Mariners of Major League Baseball (MLB) and has a seating capacity of 47,574 for baseball.

Construction officially began on March 8, 1997 with a groundbreaking ceremony featuring Mariners star Ken Griffey, Jr. The construction, overseen by Chief Financial Officer Kevin Mather, continued until July 1999. The first game in the new stadium was played on July 15, 1999 against the San Diego Padres. The Padres won, 3–2.