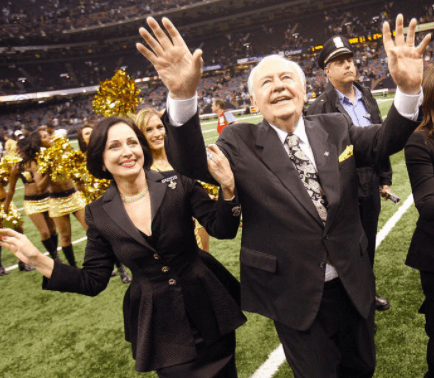 He purchased the Saints from John Mecom in 1985 after he learned from Governor Edwin W. Edwards that the team was on the verge of being sold to parties interested in moving the team to Jacksonville, Florida. As a successful businessman, he recognized the economic implications of such a move not only for the city of New Orleans but for the state of Louisiana as well, which was in the midst of a deep economic recession caused by plummeting crude oil prices. Ownership of the team was officially transferred to him on May 31, 1985.