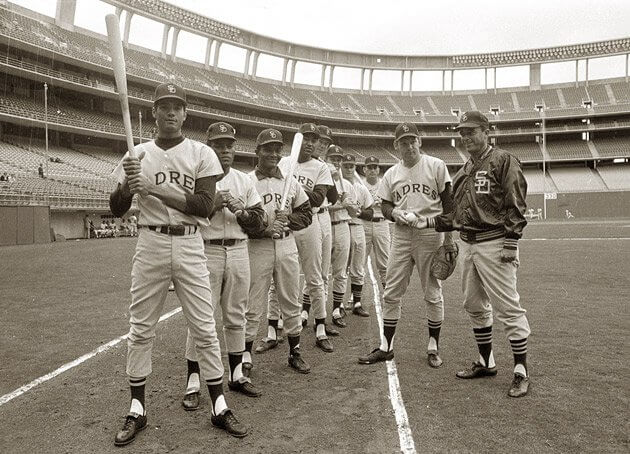 In 1969, the San Diego Padres joined the ranks of Major League Baseball as one of four new expansion teams, along with the Montreal Expos, now the Washington Nationals, the Kansas City Royals and the Seattle Pilots, now the Milwaukee Brewers. Their original owner was C. Arnholt Smith, a prominent San Diego businessman and former owner of the PCL Padres whose interests included banking, tuna fishing, hotels, real estate and an airline. Despite initial excitement, the guidance of longtime baseball executives, Eddie Leishman and Buzzie Bavasi as well as a new playing field, the team struggled; the Padres finished in last place in each of its first six seasons in the NL West, losing 100 games or more four times. One of the few bright spots on the team during the early years was first baseman and slugger Nate Colbert, an expansion draftee from the Houston Astros and still (as of 2009) the Padres’ career leader in home runs.