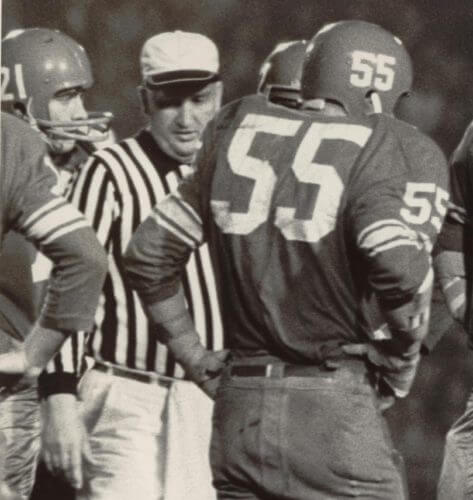 With the folding of both clubs in Moose Jaw and Saskatoon, the Regina Roughriders became a provincially community-owned club (and has remained so since), and, consequently, changed their name to the Saskatchewan Roughriders in 1946. It is the first recorded instance of a major-league team in North America branding itself as a statewide or province-wide team. Prior to the 1948 season, the Roughriders were in need of new uniforms as their red and black ones had become old and worn out. While visiting a surplus store in Chicago, executive member Jack Fyffe found a set of green and white uniforms and purchased them for the Roughriders. Green and white have remained as the team’s primary colors to this day (although the team has also worn silver and black as accent colors since then at times). The name change was made official on April 1, 1950.