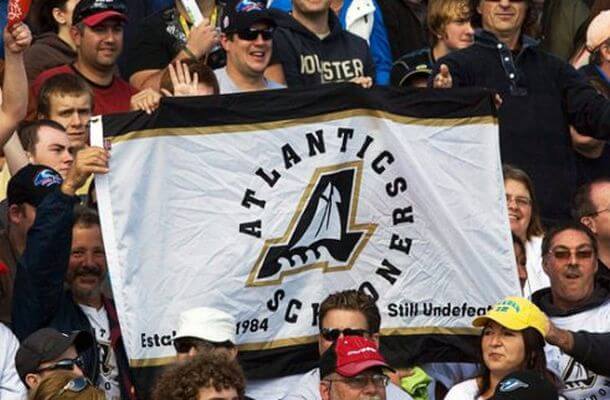 The Schooners proposed home was a 34,000-seat stadium located on leased land in the city of Dartmouth, Nova Scotia, said to be built at a cost of $6 million. When the franchise was awarded, it was still being debated between the mayors of Halifax and Dartmouth where the new stadium should be built as both wanted the team in their respective cities. However, neither the provincial or federal government were willing to contribute to the funding of the stadium. As described by senator Ray Perrault, minister of state for fitness and amateur sport, federal funds were only made available when a city was hosting an international event, such as the Olympic Games or Commonwealth Games. The Premier of Nova Scotia, John Buchanan, also stated that no provincial funding would be made available in any circumstance. The ownership group had purchased a scoreboard from the New England Patriots’ Sullivan Stadium for use in their new stadium.

Ultimately, the Schooners were unable to meet the deadlines set by the league, including the deadline for a financing plan for the new stadium. On June 16, 1983, Maritime Professional Football Club Ltd. withdrew their application for a franchise and refunded season ticket deposits. The ownership group’s withdrawal came one day before the league deadline because Donoval believed that a withdrawal rather than league rejection would make re-applying for a franchise easier. However, another franchise application never came to fruition.