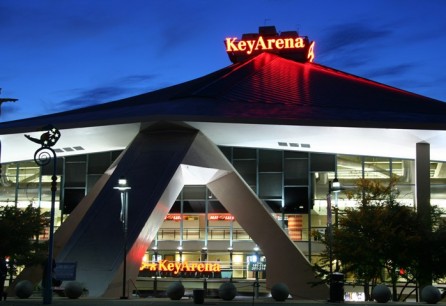 Schultz is the former owner of the NBA’s Seattle SuperSonics. During his tenure as team owner, he was criticized for his naïveté and propensity to run the franchise as a business rather than a sports team. Schultz feuded with player Gary Payton, feeling that Payton disrespected him and the team by not showing up to the first day of training camp in 2002.

On July 18, 2006, Schultz sold the team to Clayton Bennett, chairman of the Professional Basketball Club LLC, an Oklahoma City ownership group, for $350 million, after having failed to convince the city of Seattle to provide public funding to build a new arena in the Greater Seattle area to replace KeyArena. At the time of the team’s sale, it was speculated that the new owners would move the team to their city sometime after the 2006 – 2007 NBA season. On July 2, 2008, the city of Seattle reached a settlement with the new ownership group and the SuperSonics moved to Oklahoma City and became the Thunder for the 2008 – 2009 NBA season. The sale to the out-of-state owners considerably damaged Schultz’s popularity in Seattle. In a local newspaper poll, Schultz was judged “most responsible” for the team leaving the city. Before the city of Seattle settled with the Oklahoma City ownership group, Schultz filed a lawsuit against Bennett in April 2008 to rescind the July 2006 sale based on what Schultz claimed was a fraud and intentional misrepresentation. However, Schultz dropped the lawsuit in August 2008. When Bennett purchased the SuperSonics and its sister franchise in the WNBA, the Seattle Storm, for $350 million, he agreed to a stipulation that he would make a “good-faith best effort” for one year to keep both teams in Seattle.