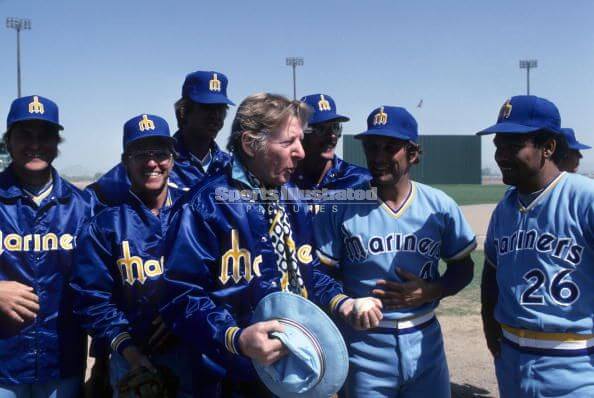 To keep the league with an even number of teams, a formal expansion proceeding was held, with a second team, the Blue Jays, being awarded to the city of Toronto also allowing both leagues to place a team in Canada; the National League’s Montreal Expos having been established in 1969. The new Seattle team, to begin play in 1977, would be owned by entertainer Danny Kaye, along with Stanley Golub, Walter Schoenfeld, Lester Smith, James Stillwell, Jr., and James A Walsh. The Mariners played their first game on April 6, 1977, to a sold-out crowd of 57,762 at the Kingdome, losing 7-0 to the California Angels.

The Mariners were created as a result of a lawsuit. In 1970, in the aftermath of the Seattle Pilots’ purchase and relocation to Milwaukee (as the Milwaukee Brewers) by future Commissioner of Baseball Bud Selig, the city of Seattle, King County, and the state of Washington represented by the then-state attorney general and later U.S. Senator Slade Gorton sued the American League for breach of contract. Confident that Major League Baseball would return to Seattle within a few years, King County built the multi-purpose Kingdome, which would become home to the NFL’s expansion Seattle Seahawks in 1976. The name “Mariners” was chosen by club officials in August 1976 from over 600 names submitted by 15,000 entrants in a name-the-team contest.