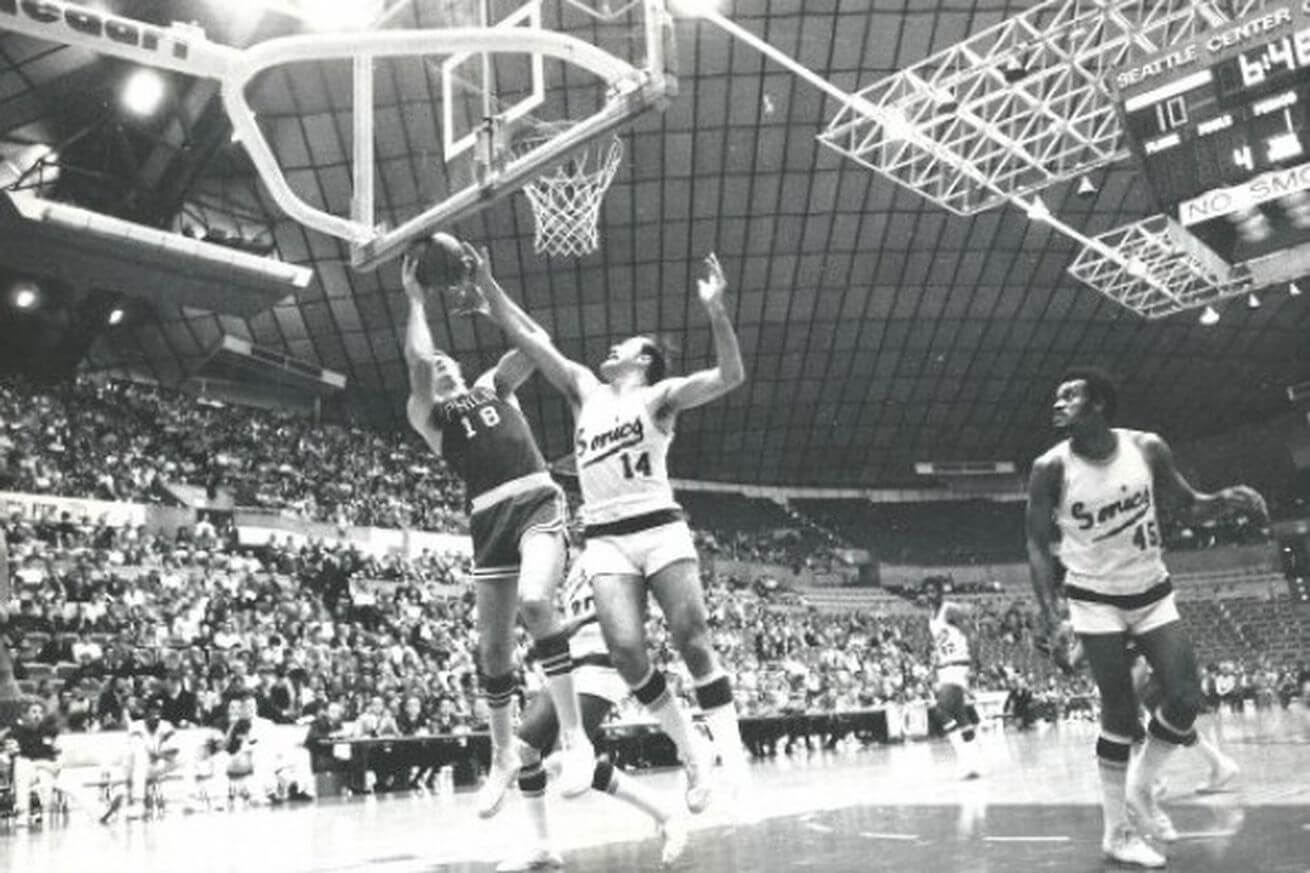 On December 20, 1966, Los Angeles businessmen Sam Schulman and Eugene V. Klein and a group of minority partners were awarded the NBA franchise for the city of Seattle. Schulman would serve as the active partner and head of team operations. He named the SuperSonics after Boeing’s recently awarded contract for the SST project, which was later canceled. The SuperSonics were Seattle’s first major league sports franchise. Beginning play in October 1967, the SuperSonics were coached by Al Bianchi and featured All-Star guard Walt Hazzard and NBA All-Rookie Team members, Bob Rule and Al Tucker. The expansion team stumbled out of the gates with a 144-116 loss in their first game and finished the season with a 23-59 record.