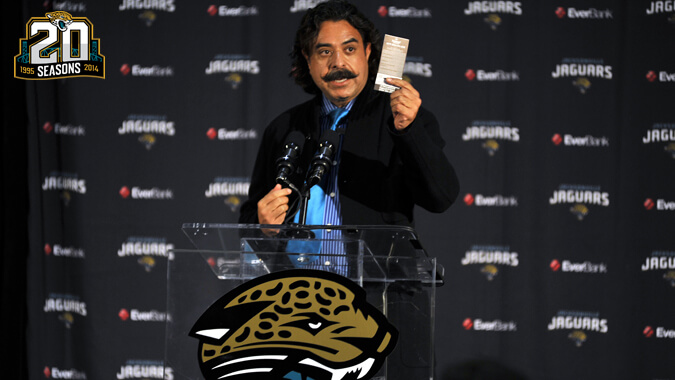 On November 29, 2011, Khan agreed to purchase the Jacksonville Jaguars from Wayne Weaver and his ownership group subject to NFL approval. Weaver announced his sale of the team to Khan later that same day. The terms of the deal were not immediately disclosed, other than a verbal commitment to keep the team in Jacksonville, Florida. The sale was finalized on January 4, 2012. The purchase price for a 100% share in the Jaguars was estimated to have been $760 million. The NFL owners unanimously approved the purchase on December 14, 2011. The sale made Khan the first member of an ethnic minority ever to own an NFL team.