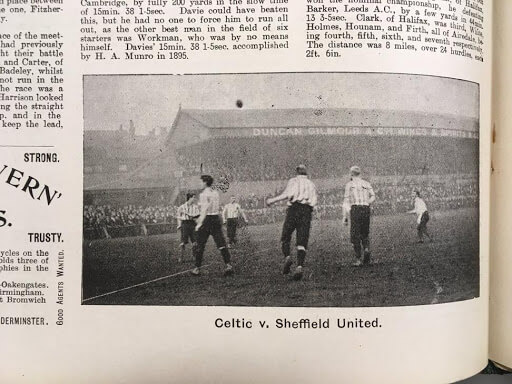 United enjoyed an unbroken 37-season spell in the top flight (which remains a record for a newly promoted team) winning the League Championship in 1897 – 1998 and were runners up in 1896 – 1997 and 1899 – 1900. After the League Championship, United played and won an unofficial two-legged “Champions of Great Britain” title against Celtic, who had won that year’s Scottish League Championship. Despite this, the 1898 – 1999 season was one of struggle, when United finished 16th out of 18, just one place above the (at the time) two relegation places – the first poor title defense in English League history.