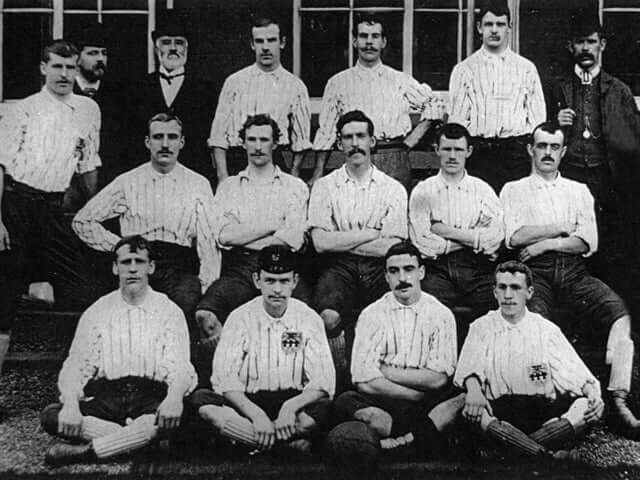 The team was formed six days after a crowd of 22,688 paid to watch the FA Cup semi-final played at Bramall Lane between Preston North End and West Bromwich Albion, with gate receipts of £574. Charles Stokes, a member of the Ground Committee saw the financial possibilities of a permanent football team and they were a professional club almost from the start. They played their first game against Notts Rangers of the Midland Counties League on 7 September 1889 losing 4–1 at Meadow Lane. Their first game at Bramall Lane did not come until 28 September 1889 against Birmingham St George’s of the Football Alliance which they also lost 4–0.

United’s first season was composed of friendlies and local cup matches, but notable for them reaching the second round of the FA Cup at their first attempt by beating Football League side Burnley 2–1 at home. However, the next cup game against Bolton Wanderers gave United their record defeat 13–0 and persuaded the committee that regular competitive league games were required.