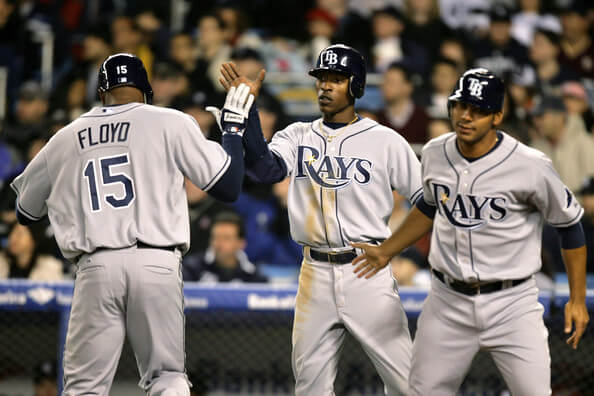 Prior to the 2008 season the team unveiled new uniforms along with a name change. After considering other options such as the “Aces,” “Bandits,” “Cannons,” “Dukes,” “Stripes,” and Stuart Sternberg’s personal favorite, the “Nine,” the team’s new name was officially announced to be the “Tampa Bay Rays.” The new team colors were “navy, Columbia blue and a touch of gold” and a new team logo featured a bright yellow sunburst symbolizing the Sunshine State of Florida. Following a front office promise to increase the team’s payroll, it was raised to $43 million.