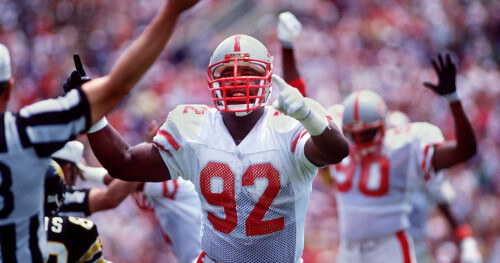 Memphis food manufacturer Logan Young was awarded an expansion franchise for Memphis on July 17, 1983. However, soon after hiring Memphis native and former college coach Pepper Rodgers as head coach and signing a lease to play in the Liberty Bowl Memorial Stadium, he discovered that most of his assets were tied up in a trust fund that he couldn’t access. Ultimately, he was forced to take on limited partners, then sell a controlling interest to cotton magnate William Dunavant, remaining as team president.

The Showboats were a serious attempt to form a viable professional football organization, one that seemed to have a realistic chance to have been a viable business if the overall management of the USFL had been more realistic and financially sound. Indeed, like the World Football League’s Memphis Southmen before them, the Showboats appeared to be on more solid footing than the league as a whole. The Showboats’ stellar attendance figures made Dunavant a supporter of the USFL’s move to the fall. Although Memphis was only a medium-sized market, Dunavant believed his team’s popularity would have made it very attractive to the NFL in the event of a merger. As it was, the Showboats ceased to exist, along with all other USFL franchises, when the league failed to collect significant damages in its 1986 anti-trust suit against the NFL.