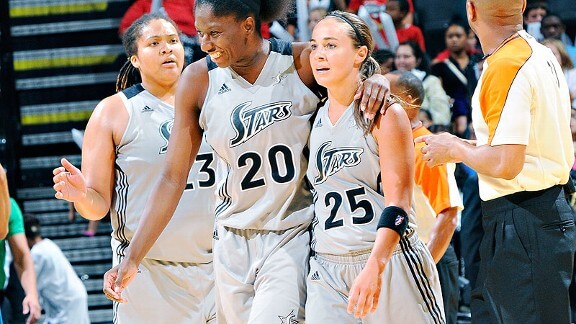 When the NBA divested itself of all of its WNBA franchises at the end of the 2002 season, the Utah Jazz ownership did not wish to retain ownership of the Starzz. The Starzz then looked for local Utah potential buyers, but none were found, leaving the franchise with the choice of either being sold to out-of-town investor(s) or folding.

The Starzz avoided being folded when the franchise was sold to Peter Holt (the owner of the NBA’s San Antonio Spurs) and relocated to San Antonio, Texas. The team’s name was changed to the San Antonio Silver Stars and would change its team colors to the silver and black motif used by the Spurs.