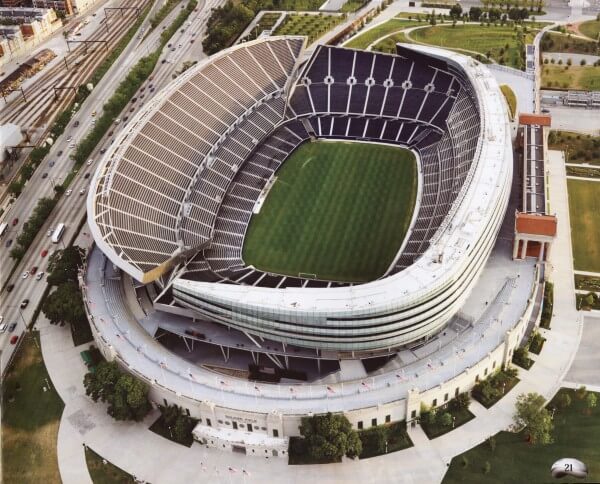 In 2001, the Chicago Park District, which owns the structure, faced substantial criticism when it announced plans to alter the stadium with a design by architect Benjamin T. Wood of the Boston-based architecture firm Wood and Zapata. Stadium grounds were reconfigured by the Chicago-based architecture firm of Lohan Associate, led by architect Dirk Lohan, the grandson of architect Ludwig Mies van der Rohe. The stadium’s interior would be demolished and reconstructed while the exterior would be preserved.

Proponents argued the renovation was direly needed citing aging and cramped facilities. The New York Times ranked the renovated Soldier Field as one of the five best new buildings of 2003. Soldier Field was given an award in design excellence by the American Institute of Architects in 2004.