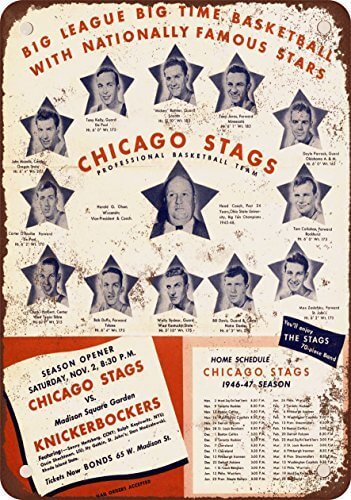 In the BAA’s inaugural year, there were 11 teams split into two divisions. The Chicago Stags were placed in the Western Division, and after 60 games were even with the St. Louis Bombers at 38-22 each. A tiebreaker game between the two teams on March 31st resulted in the Stags defeating the Bombers in overtime, 73-66, to clinch the division and a first-round bye. Under the initial playoff format, the two-division champions faced each other in the semi-finals. The Stags defeated the Washington Capitols, the only team to finish with a better record than the Stags, 4-2, and went on to lose to the Philadelphia Warriors in the finals, 4-1.