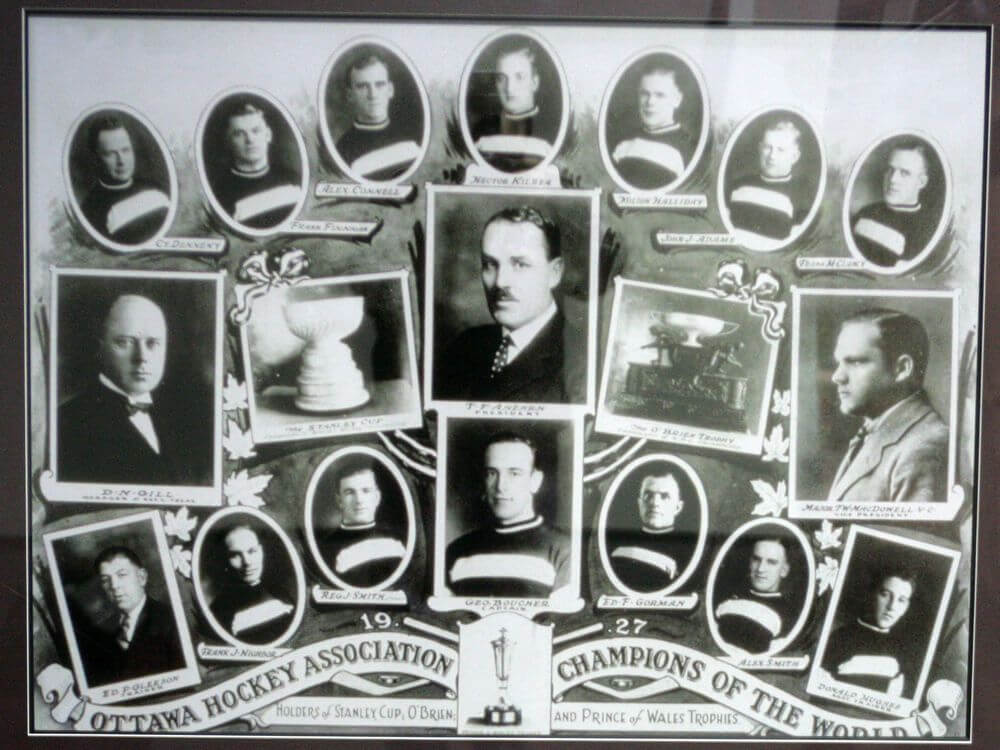 The 1927 Stanley Cup Finals were played by the Ottawa Senators and the Boston Bruins. It was the first time the Cup was solely contested by National Hockey League teams, owing to the demise of the Western Hockey League the previous year. It was won by the Ottawa Senators, coached by Dave Gill, over the Boston Bruins, coached by Art Ross. This was the Senators’ fourth win since 1920, and eleventh overall, but it marked the end of the dynasty. The original Senators would not win another.

It would be the last time a team from Ottawa would play in the Finals until the 2007 Stanley Cup Finals, and the first Stanley Cup Final to have games played in both Canada and the United States.