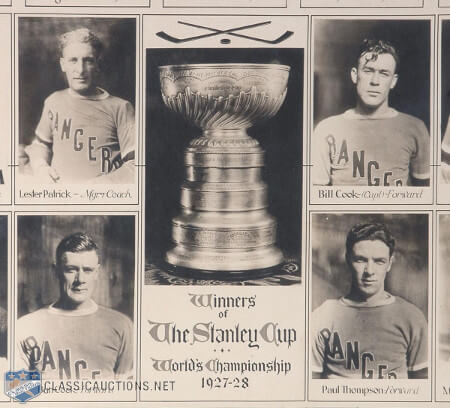 The 1928 Stanley Cup Finals was an NHL championship series was played by the New York Rangers and the Montreal Maroons. It was the first appearance by the Rangers in the Finals and was their first victory of the Stanley Cup in only their second season. This was the second Stanley Cup victory by an American team, the first being the Seattle Metropolitans in the 1917 Stanley Cup Finals.