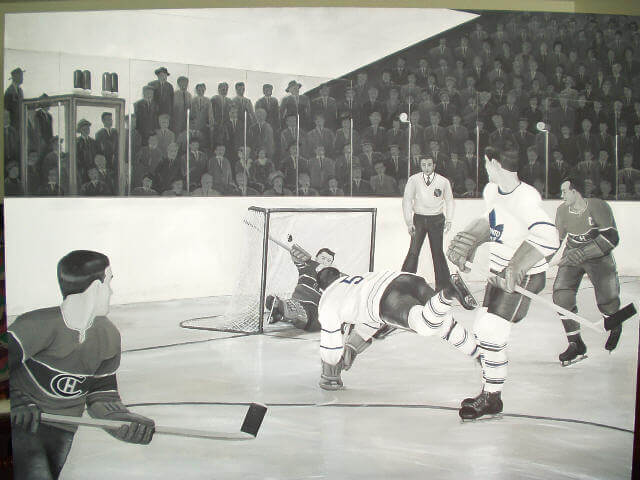 The 1951 Stanley Cup Final NHL championship series was contested by the Toronto Maple Leafs and the Montreal Canadiens. The Maple Leafs would win the series 4–1, with all five games going into overtime. It was the Toronto franchise’s ninth Stanley Cup win and the last in a series of six wins starting in 1942. It was the first appearance in a string of ten consecutive appearances by the Canadiens.