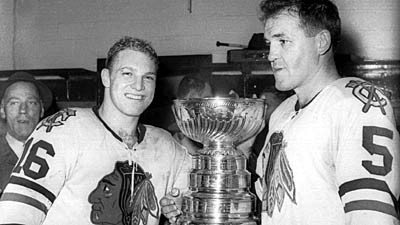 The 1961 Stanley Cup Final was contested by the Detroit Red Wings and the Chicago Blackhawks. Chicago was making its first appearance since 1944 in the Final, and Detroit, their first appearance since 1956. The Blackhawks would win the best-of-seven series four games to two to win their third Stanley Cup, their first since 1938. However, this proved to be the last time Chicago won the Cup until 2010, a 49-year drought. This was the only title won by a team not from Detroit, Toronto, or Montreal during the Original Six era.