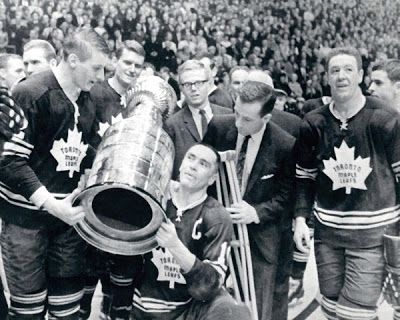 Stanley Cup – 1964
The 1964 Stanley Cup Final was contested by the defending champion Toronto Maple Leafs and the Detroit Red Wings for the second straight year. The Maple Leafs would win the best-of-seven series four games to three to win the Stanley Cup, their third-straight championship. There would not be another Game 7 at Maple Leaf Gardens for almost three decades.