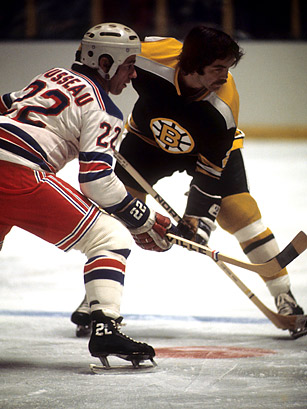 The 1972 Stanley Cup Final NHL championship series was contested by the Boston Bruins and the New York Rangers. It was the Rangers’ first appearance in the championship final series since 1950. The Bruins were making their first appearance since their victory in the 1970 Finals. It was the second Boston-New York Final series, the other being the 1929 Finals. The Bruins would win the best-of-seven series four games to two.