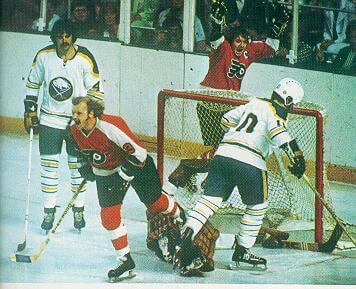 The 1975 Stanley Cup Final championship series was played by the Buffalo Sabres, making their first Finals appearance and the defending champion Philadelphia Flyers. The Flyers would win the best-of-seven series four games to two. This was the first Final to have two non-“Original Six” teams since the 1967 expansion. The 1975 Flyers are the last Stanley Cup championship team to be composed solely of Canadian born players.