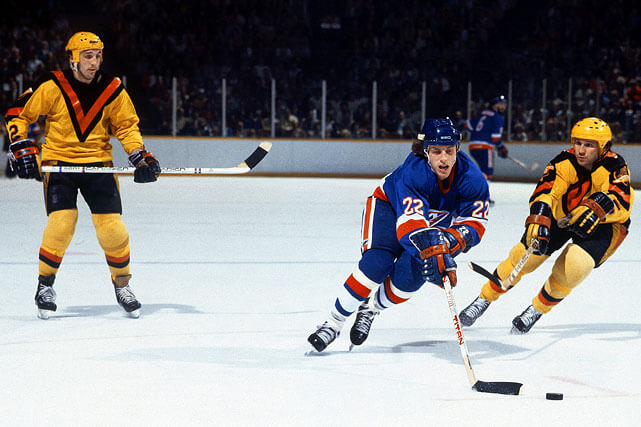 The 1982 Stanley Cup Finals was played between the Vancouver Canucks in their first Finals appearance and the defending champion New York Islanders, in their third Finals appearance. The Islanders would win the best-of-seven series four games to none, to win their third straight and third overall Stanley Cup. This is also the most recent time that a Stanley Cup Champion has three-peated and the first, and so far only, time that a U.S.-based team has won three straight Stanley Cups. It was also the first time a team from Western Canada contested the Finals since the Western Hockey League stopped challenging for the Stanley Cup and folded back in 1926.