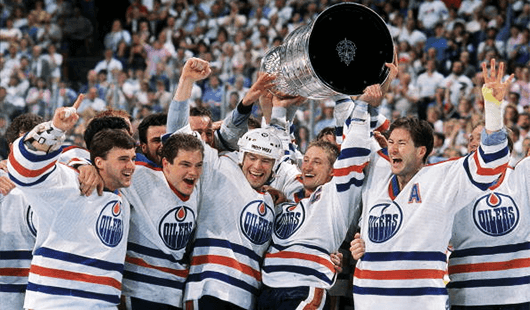 The 1987 Stanley Cup playoffs, the championship of the National Hockey League (NHL) began on April 8, after the conclusion of the 1986 – 1987 NHL season. It concluded on May 31, with the Edmonton Oilers defeating the Philadelphia Flyers to win the Stanley Cup. In an attempt to reduce the number of first-round upsets, the NHL expanded the best-of-five series in the first round to a best-of-seven series.