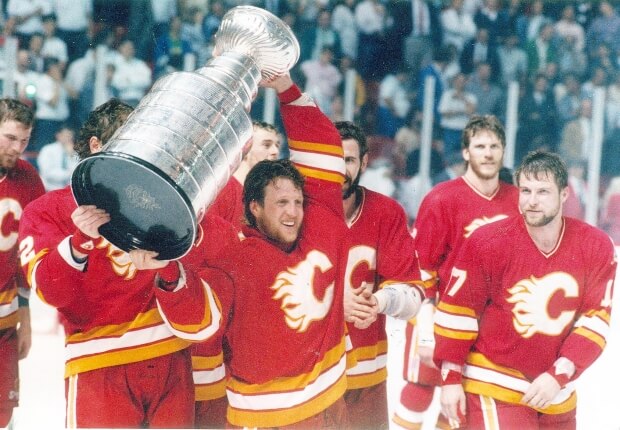 The 1989 Stanley Cup Final was between the Calgary Flames and the Montreal Canadiens, the top two teams during the 1988–89 NHL regular season. As of 2012, this is the most recent time that the first two seeds met in the Stanley Cup Final, as the New Jersey Devils had one win less than the Detroit Red Wings in 2000 – 2001 when they played against the Colorado Avalanche in the 2001 finals. It is also the most recent time that the Final series was played entirely in Canada. The Calgary Flames are also the first relocated NHL team (from Atlanta in 1980 – 1981) to win the Stanley Cup. After their cup win, the Flames would not win another playoff series for 15 years, when they reached the 2004 Stanley Cup Finals, but were defeated by the Tampa Bay Lightning in seven games. This would be the seventh of eight consecutive Finals contested by a team from Alberta (Edmonton Oilers x 6, Flames x 2).