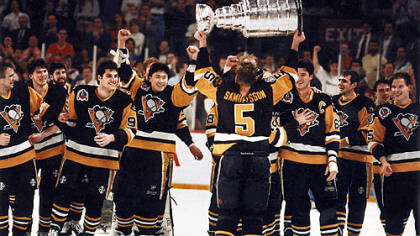 The 1992 Stanley Cup playoffs, the championship of the National Hockey League (NHL) began on April 18, after the conclusion of the 1991 – 1992 NHL season. It was the 100th anniversary of the first awarding of the Stanley Cup, and it was won by the Pittsburgh Penguins, defeating the Chicago Blackhawks.