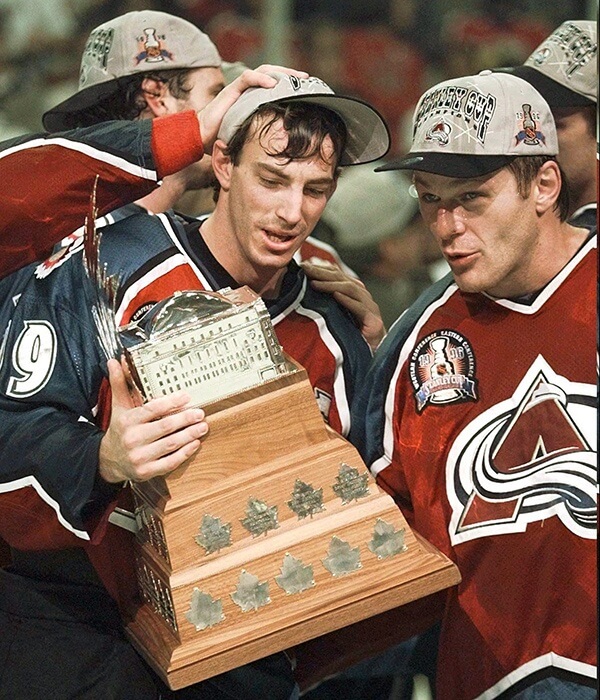 The 1996 Stanley Cup Final was the NHL championship series of the 1996 Stanley Cup Playoffs contested between the Western Conference champion Colorado Avalanche and the Eastern Conference champion Florida Panthers, two teams in the Final for the first time and that did not exist only three seasons before. It was Colorado’s first appearance in the Final, in only their first season in Denver since moving from Quebec City in 1995. It was Florida’s first appearance in the Final, in only the franchise’s third season since entering the NHL in 1993. Only two other teams have made their first Stanley Cup Final appearance faster: the St. Louis Blues in their debut season in 1967 – 1968, and the 1928 Cup winning New York Rangers. Colorado defeated Florida in a four game sweep to win their first Stanley Cup becoming the seventh post 1967 expansion team and the second former WHA team after the Edmonton Oilers to win the Cup. Colorado’s Joe Sakic earned the Conn Smythe Trophy as MVP of the 1996 Playoffs.