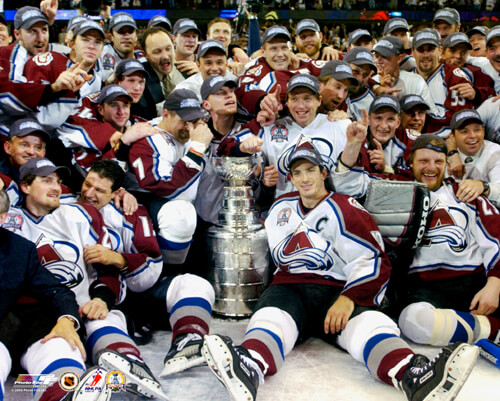 The 2001 Stanley Cup Finals was the NHL championship series of the 2001 Stanley Cup Playoffs contested between the Eastern Conference champion and defending Stanley Cup champion New Jersey Devils and the Western Conference champion Colorado Avalanche. It was Colorado’s second appearance in the Final and the first since the team won the Cup in 1996. It was New Jersey’s third appearance in the Final and second straight appearance after winning the Cup in the 2000 Final. Colorado defeated New Jersey in seven games to win their second Stanley Cup in franchise history. Colorado’s Patrick Roy would win the Conn Smythe Trophy as the MVP of the 2001 Playoffs. This was the first Stanley Cup Final since 1994 that would be decided in the maximum seven games. This is also the first and, as of 2012, most recent Finals since 1989 that the number one seeds in each conference have met.