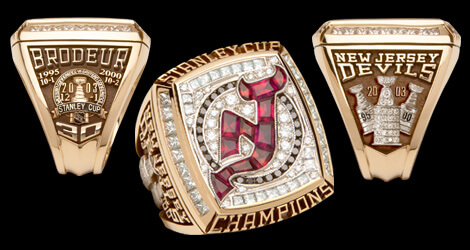 The 2003 Stanley Cup Finals was a best-of-seven playoff series that determined the champion of the National Hockey League (NHL) for the 2002 – 2003 season. As a culmination of the 2003 Stanley Cup playoffs, the second-seeded Eastern Conference champion New Jersey Devils defeated the seventh seeded Western Conference champion Mighty Ducks of Anaheim in seven games and were awarded the Stanley Cup. It was New Jersey’s first appearance since 2001 and third in four years. It was Anaheim’s first-ever appearance. The Devils defeated the Mighty Ducks in seven games to win their third Stanley Cup in less than a decade.