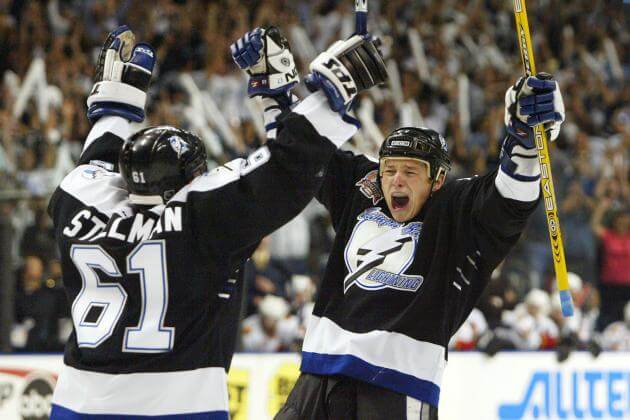 The 2004 Stanley Cup playoffs for the National Hockey League began on April 7, 2004, following the 2003 – 2004 regular season. The playoffs ended with the Tampa Bay Lightning winning the Stanley Cup with a seven game series win over the Calgary Flames on June 7. It was Tampa Bay’s first Stanley Cup victory. It was the Flames’ third final appearance, as they came this far in 1986 and 1989, winning the latter. The sixteen qualified teams, eight from each conference, played best-of-seven games for conference quarterfinals, semifinals and finals. The winner of each conference proceeded to the Stanley Cup Finals. The format was identical to the one introduced for the 1999 playoffs. Don Cherry called this the greatest playoffs he has seen in 20 years.