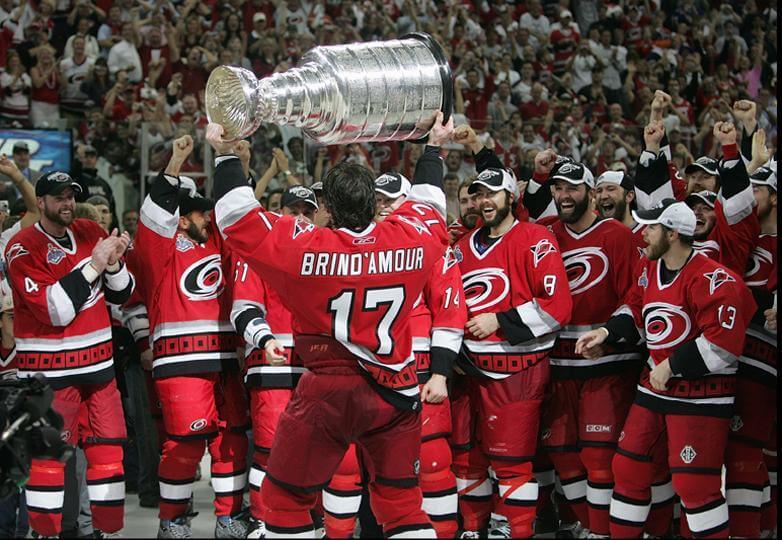 The 2006 Stanley Cup Final was the NHL championship series of the 2006 Stanley Cup playoffs contested between the Eastern Conference champion Carolina Hurricanes and the Western Conference champion Edmonton Oilers. It was Carolina’s second appearance in the Final, the other being in 2002, a loss to the Detroit Red Wings. It was Edmonton’s seventh appearance in the Final and their first since their fifth Cup win in 1990. Carolina defeated Edmonton in seven games to win the franchise’s first Stanley Cup becoming the tenth post-1967 expansion team and third former WHA team to win the Cup. Carolina’s 2006 win was also the teams’ second league championship the club, then known as the New England Whalers won the WHA Championship in 1973.