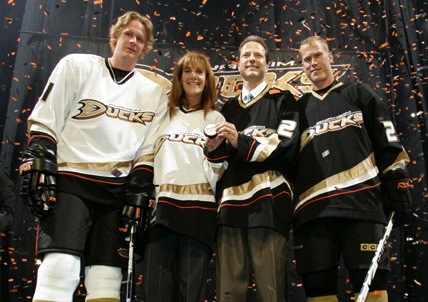 The 2007 Stanley Cup Final was the best-of-seven championship series of the 2007 Stanley Cup playoffs contested between the Western Conference champion Anaheim Ducks and the Eastern Conference champion Ottawa Senators. It was the second appearance in the Final for Anaheim since 2003 (then known as the Mighty Ducks) when they lost to the New Jersey Devils. It was the first appearance for the Senators since entering the NHL as an expansion team in 1992. Anaheim defeated Ottawa in five games and were awarded their first Stanley Cup becoming the eleventh post-1967 expansion team to win the NHL championship trophy.