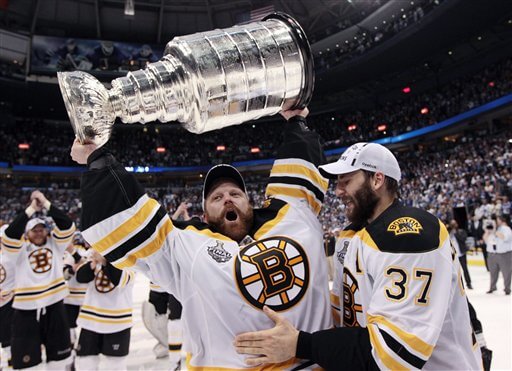 The 2011 Stanley Cup Final was the championship series of the National Hockey League (NHL) 2010–11 season, and the culmination of the 2011 Stanley Cup playoffs. It was the 118th year of the Stanley Cup’s presentation. The Eastern Conference Champion Boston Bruins defeated the Western Conference Champion Vancouver Canucks four games to three. The Bruins ended a 39-year Stanley Cup drought with the win. Bruins goaltender Tim Thomas was awarded the Conn Smythe Trophy as the Most Valuable Player of the playoffs.