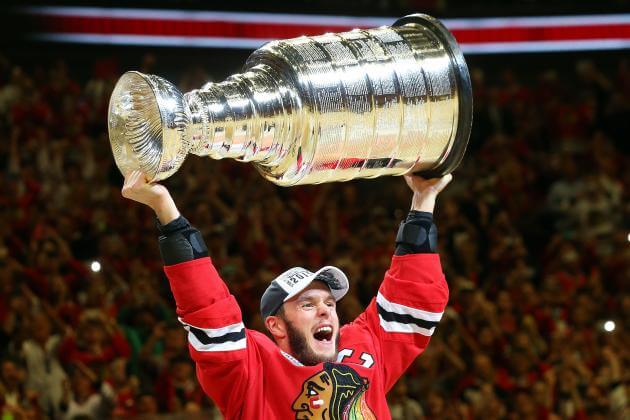 The 2015 Stanley Cup Final, commonly known as the 2015 Stanley Cup Finals, was the championship series of the National Hockey League (NHL) 2014–15 season, and the culmination of the 2015 Stanley Cup playoffs. This was the 122nd year of the Stanley Cup’s presentation. The Western Conference champion Chicago Blackhawks defeated the Eastern Conference champion Tampa Bay Lightning four games to two to win their sixth championship in franchise history, and their third title in six seasons. The Lightning, as the club with the better regular-season record, held home-ice advantage in the series. The best-of-seven series was played in a 2–2–1–1–1 format, with Tampa Bay hosting games one, two, and five; and Chicago hosting games three, four and six. Tyler Johnson and Patrick Kane led the 2015 Stanley Cup playoffs in points scored with 23 points each.