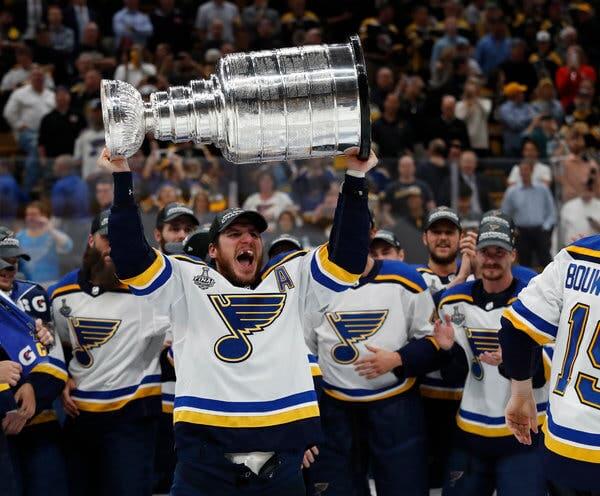 The 2019 Stanley Cup Finals was the championship series of the National Hockey League’s (NHL) 2018 – 2019 season and the culmination of the 2019 Stanley Cup playoffs. The Western Conference champion St. Louis Blues defeated the Eastern Conference champion Boston Bruins four games to three to win their first championship, in their 51st season of play, ending the third-longest championship drought in league history. The Bruins had home-ice advantage in this best-of-seven playoff series with the better regular season record. The series began on May 27 and concluded on June 12. Blues center Ryan O’Reilly won the Conn Smythe Trophy as the most valuable player of the playoffs.

This was a rematch of the 1970 Stanley Cup Finals, which Boston won in four, the fourth consecutive Finals with at least one team vying for its first championship, and the first time since 2011 where the Finals went the full seven games.

Until this year, the Blues were the oldest franchise to have never won a Stanley Cup. That distinction is now shared by the Buffalo Sabres and the Vancouver Canucks, as both teams were founded in 1970 and are without a Stanley Cup to their name.