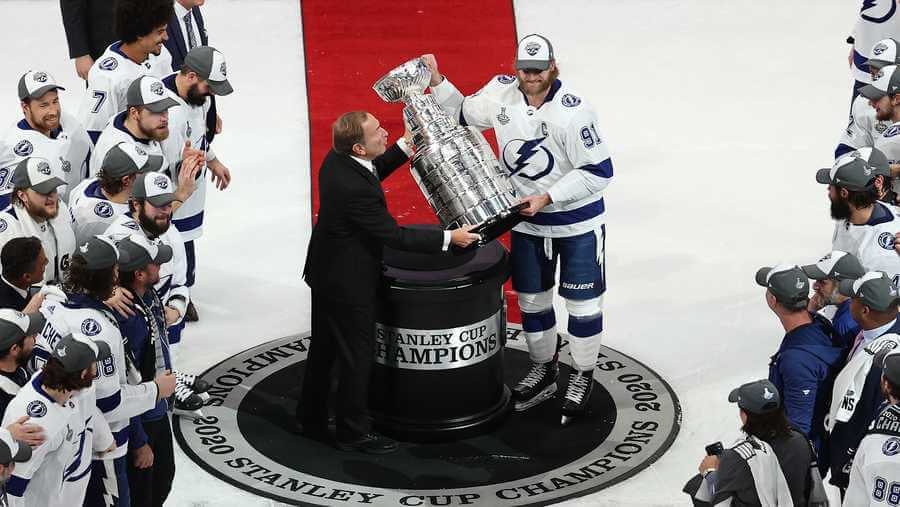 The 2020 Stanley Cup Finals was the championship series of the National Hockey League’s (NHL) 2019–20 season and the culmination of the 2020 Stanley Cup playoffs. The series was contested between the Eastern Conference champion Tampa Bay Lightning and the Western Conference champion Dallas Stars. The Lightning won the best-of-seven series, four games to two, for their second championship in franchise history. The Lightning had a home-ice advantage in the series by virtue of their better regular-season points percentage. This was the first Stanley Cup Final since 2002 in which the losing team did not win a home game. The series began on September 19 and concluded on September 28. Due to the COVID-19 pandemic, the entire series was played behind closed doors at Rogers Place in Edmonton. The pandemic resulted in the league suspending the regular season on March 12, 2020, and then scheduling a special 24-team playoff format to be held in two neutral “hub cities” (Edmonton and Toronto) that began on August 1.